Sofosvel is a fixed dose combination of sofosbuvir and velpatasvir used in the treatment of Chronic Hepatitis C (HCV). Sofosbuvel can be used in HCV infection of any genotype (HCV genotype 1, 2, 3, 4, 5, or 6). Sofosvel contains two active ingredients - sofosbuvir (a HCV nucleotide analog NS5B polymerase inhibitor) and velpatasvir (an HCV NS5A inhibitor).

Sofosvel is adminstered alone in the treatment of HCV without cirrhosis or with compensated cirrhosis (Child-Pugh A).

The anti-viral drug Ribavirin is prescribed with Sofosvel to treat HCV with decompensated cirrhosis (Child-Pugh B and C).

In either case, the most common dosage is one tablet per day of Sofosvel.

The most common side effects of Sofosvel are:

When Sofosvel is combined with ribavirin to treat Child-Pugh B and C hepatitis C infection, common side effects inlcude:

When Sofosvel is used by a patient who is also taking amiodarone, serious side effects can occur including a slowing of the heart rate which can potentially be fatal or require use of a pacemaker. If you are taking Sofosvel and amiodarone, tell your doctor immediately if you notice:

Prior to your treatment with Sofosvel, your doctor needs to be aware off any of the follwing: 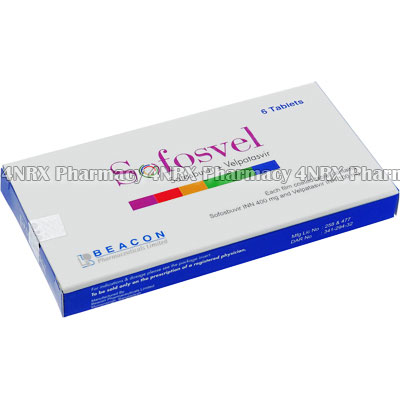